To answer the question “What Is Dementia?” is sometimes a bit difficult, because dementia represents a group of symptoms. Dementia is a decline in major… 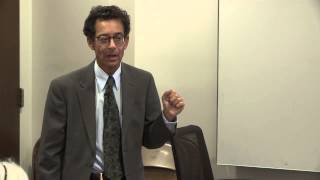 To answer the question “What Is Dementia?” is sometimes a bit difficult, because dementia represents a group of symptoms. Dementia is a decline in major…

It is a bit confusing, but the exact term dementia does not really represent only one disease. It is generally used to describe a medical state that is defined not by one but by the whole group of symptoms. Dementia symptoms are not part of a normal and well known aging process.

As simple as possible, the question of “What Is Dementia” can be answered as something like: a decline in intellectual functions that has become so severe that the patient can not perform even routine tasks and activities. 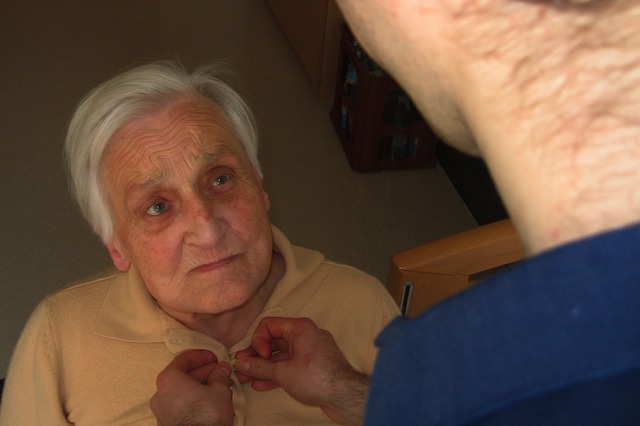 The onset of dementia symptoms and related stages that usually follow in sequence, are usually caused by the brain's inability to produce certain chemicals which causes the degeneration of cerebral matter. With time brain cells become more and more damaged and eventually die off without giving a chance to the body to create replacement cells.

As a consequence of this process, the patients start to experience a progressive loss of normal brain and mental functions. The final result leads to final stages of complete dementia. Alzheimer's disease happens to be one of the most common causes of dementia, but by all means not the only one.

The most characteristic in any type of dementia (including lewy body dementia and vascular dementia) and also in any of the dementia stages, are the symptoms of patient confusion and gradual memory loss. Persons suffering from dementia symptoms are honestly convinced that events that happened many years earlier (45 to 75 years) had just occurred.

This particular symptom in earlier stages is known as the displacement of time. On the other hand, the longer term and memories tied to strong emotions usually remain clear and accessible all the way until later dementia stages. Some of the other common symptoms might include restlessness, being irrational and quite irritable.

With age comes the tendency to forget things. As people grow older, names or facts often take longer to recall. Recounting a story or event takes more effort. Verbal pauses become more common as senior citizens take a few extra moments to remember what they were trying to say or to accurately recall some forgotten detail. Such bouts with memory lapse are not uncommon. Simple forgetfulness is part of life for most elderly individuals.

But, in some cases, memory loss is far more serious than simply forgetting the name of an acquaintance or having trouble recalling a conversation one had recently. For many Americans, recurring memory loss can be the first signs of dementia. Diagnosed in roughly thirty-five percent of Americans under the age of 85 (the percentage is higher for people over 85), dementia is a physical condition that erodes a person's mental capacities.

Dementia symptoms attack an afflicted person's memory and ability to reason, ultimately leaving them dependent on a full-time caregiver who can provide constant medical attention and supervision. While the rate at which a person loses his or her ability to think and function independently varies, nearly all individuals stricken with dementia end up in need of some form of long-term care.

Dementia is a condition that impairs the brain's ability to function normally. Several causes can be linked to the condition. Strokes, brain tumors, head injuries, and natural deterioration of mental capacities over time can all result in dementia. Often, dementia signals the onset of Alzheimer's disease, a degenerative and ultimately terminal condition that affects many elderly Americans. Vascular dementia, a form of dementia commonly associated with strokes, is common among sufferers of Alzheimer's.

Fortunately, in some cases, dementia can be effectively treated. Correctable problems like an underactive thyroid (hypothyroidism), lack of vitamin B12, certain drug combinations, and fluid on the brain (hydrocephalus) are just some of the things that can cause reversible dementia. In some instances, symptoms of depression can be erroneously diagnosed as dementia as well. Unlike with actual dementia, effective treatment for depression can alleviate such symptoms.

What are the Symptoms of Dementia?

The first noticeable symptom of dementia is usually memory loss. While the person actually afflicted with the condition may be aware that they are having trouble remembering things, it is often family or friends who first notice that something is really wrong. As dementia progresses, a person begins to experience difficulty performing previously simple tasks, such as planning their day, making decisions, running basic errands, and understanding or using certain words.

Often, sufferers of dementia will have difficulty remembering what they are doing or will feel lost in what would normally be familiar places. Over time, people with dementia may forget how to carry out normal, daily behavior. They may stop bathing, brushing teeth, or combing their hair. People in advanced stages of dementia quite often lose the abilities to recognize familiar faces and take care of themselves. 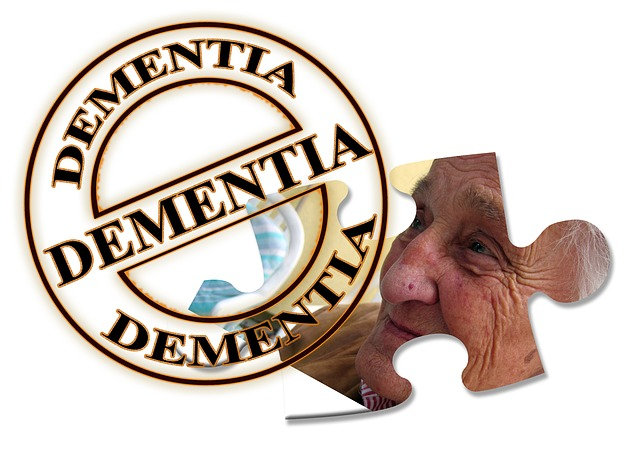 How is Dementia Diagnosed?

While there is no one medical test to determine if a person has dementia, doctors do have a number of methods for diagnosing the condition. Once a patient complains of suffering dementia like symptoms, a physician will conduct a thorough medical exam. The basic idea is to determine if any of the types of dementia are present, like vascular, lewy body, frontotemporal, parkinson's or any other type.

He or she will review the patient's medical and family history, often talking to the patient's family, to determine if there is any hereditary propensity to suffer from dementia. The doctor will also usually conduct a series of memory test, such as asking the patient to recall what day or month it is or to recall names or events that the patient should know. These tests are designed to tell if the patient's capacity to remember is normal or if there is any need for concern.

If, after examining a patient, a doctor determines that the person's mental capacities are less than normal, the doctor will most likely conduct a series of additional tests to determine if there is some reason other than dementia. He or she might conduct blood tests, check for thyroid problems, make sure the patient is not suffering from an infection, or perhaps even order an MRI of a CT scan to rule out the possibility of a brain tumor or some injury to the brain. Such tests can also reveal any shrinkage in the brain, which could indicate that one of the dementia stages has indeed set in.

Can Dementia Be Treated?

Most forms of dementia in various stages and showing related symptoms cannot be cured. But taking the right medications and making wise lifestyle choices can help slow the process. Those experiencing the beginning stages of dementia should get advice from their doctor to find out what prescription drugs might be best suited to help them. In addition, maintaining a healthy lifestyle that includes exercise and eating right, as well as maintaining an active social life, can also help delay the progression of dementia.

How Can I Help Someone With Dementia?

Caring for a loved one with dementia is challenging. Not only does a caregiver deal with the physical frailness that hinders their family member, but they also shoulder the emotional pain of seeing someone they deeply care about deteriorate mentally over time. One key to helping a person with dementia is to recognize that you need help.

Early on, depending on the stages the illness went through, this may simply mean obtaining counseling, medical advice, emotional support, and assistance from others as you strive to care for your loved and meet your own physical and emotional needs. As time goes on, getting adequate help will likely involve enlisting the services of a professional caregiver or relocating the person you care for to a suitable long-term care facility.

Secondly, there are practical steps one can take. Remove things in the home that can cause falls or injuries. Install handrails and other safety features in bathrooms, along staircases, in kitchens, bedrooms, and so on. Arrange transportation so that the patient no longer has to drive. You might also consider researching services that provide 24 hour monitoring while your loved one is still living at home.

Finally, stay patient and compassionate. Caring for a loved one with dementia symptoms can be heartbreaking, frustrating, and emotionally exhausting. Early on, your loved one may be angry and lash out at you and others who try to help because he or she is frustrated. As time passes and your loved one's mental capacities erode, he or she may eventually forget who you are and have no ability to express appreciation for all you are doing.

That's why it is so important for family members caring for a loved one to get help and to obtain the emotional support they need, be it through friends, family, counselors, ministers, etc., in order to deal with the challenges of dementia.

While there is currently no cure for most of dementia types, medical science is always advancing. Hopefully, one day soon, medical researchers will discover a way to turn back the tide of this horrible disease. Until that day, educating oneself, communicating early in the process with medical professionals who can help, and enlisting the assistance of qualified caregivers, are the best ways to combat dementia symptoms and ensure that your loved one enjoys the quality of life he or she deserves for the longest time possible. 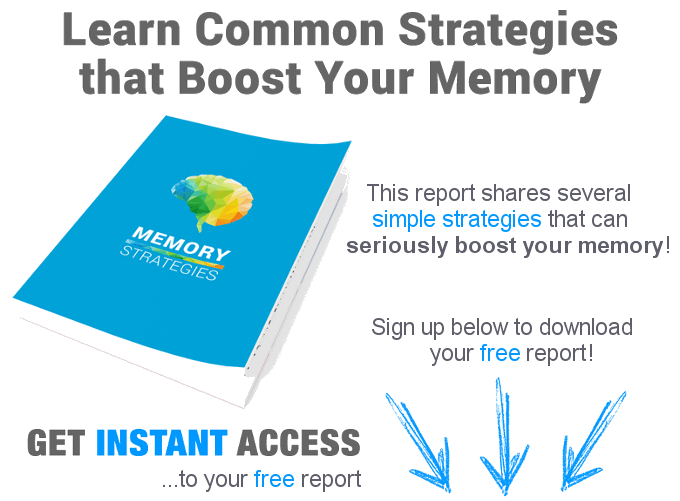